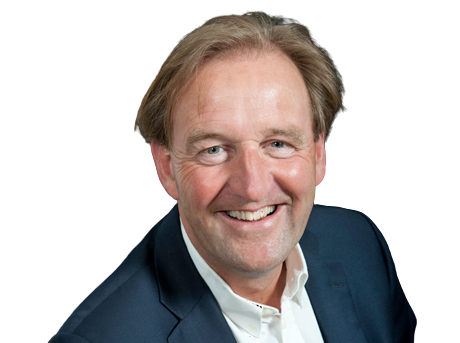 CEO Bob Iger and his team took no half measures.

I have already argued it a few times here: broadcasters are going to convert from business-to-business to business-to-consumer organizations in the coming years. During the last IMTC, Casten Almqvist, CEO of the Swedish Bonnier Broadcasting, gave a very interesting lecture on what all this means for an organization.

The arrival of Netflix and Amazon in Scandinavia fundamentally shook up the media landscape and immediately created the need for broadcasters to profoundly adjust their strategy. Almqvist single-handedly converted the Swedish channel TV4 into a B2C company, but it took about five years to do so. However, the champion of change from traditional media companies is not in Scandinavia, but in the United States. Disney is fundamentally transforming itself into a primarily B2C-oriented organization. Now, of course, the owner of Mickey Mouse already had an edge over other media companies through its extensive theme park operations, where Disney has already gained significant experience in consumer marketing. But the vast majority of Disney's revenue is in its movie and television production and channel portfolio, with ABC and ESPN being its best-known brands.

Until two years ago, Disney followed the same strategy as other media companies. It welcomed streamers like Netflix and Amazon and made a lot of money from these new customers. As with many American studios, Netflix quickly became one of the biggest customers. However, the growth of the streamers began to gnaw at the Disney top management, who had to grind their teeth as American audiences increasingly turned their backs on traditional TV channels. Viewing time on the new platforms increased exponentially and this led to the insight at Disney that with its (top) content new, major competitors of its TV channels were being built up.

It has to be said, CEO Bob Iger and his team took no half measures. Disney announced first of all that it would remove all of its content from Netflix. Of course, that didn't happen overnight, but in the coming year, Disney will be releasing its own products on its own streaming service. In addition, the company realized that it needed more volume to compete with Netflix. The 21st Century Fox content library was acquired in March this year, bringing a large number of interesting titles into the hands of the expanding media group.

It is a mega debt burden, because Disney did not just have a good seventy billion in cash to finance this acquisition. Subsequently, preparations were made to set up its own streaming service called Disney +. This will start in the second half of the year for a price of 6.99. But it does not stop there: ESPN, the champion of the sports subscription channels, is also starting with an SVOD offer. In addition, Disney now owns 60% of Hulu, one of the fastest growing media companies in the United States.

In an investor call this month, the company confirmed aggressive targets for the number of subscribers it wants to achieve: in five years, Disney + should have 60-90 million subscribers, ESPN 10 million and Hulu 60 million, but there is a big catch and hot loss. Disney expects that these streaming activities will not become profitable for another five years, and the company has a vision, for sure. Let's hope that the investors also give the company the time to execute this logical, but also daring strategy to the last gasp.

One of the biggest threats to media organizations is the churn rate, the extent to which consumers end their relationship with a media company. For years, the term was only used in pay-TV, but lately it can be seen in a much broader context. It is the silent killer behind the performance of media companies: after all, everyone likes to report a growing customer base and then churn is the big enemy.

A special form of churn is the decreasing viewing time of linear television. We know of course that viewing time of the traditional consumer is decreasing, a deadly development for 'ordinary' linear television. The biggest danger is that there are also few new viewers, because young people turn away from television. The rinsing is getting thinner and thinner. Broadcasters therefore started developing on-demand initiatives a long time ago. But for the time being, commercial broadcasters are still enjoying the enormous recovery of the advertising market. And as it goes, that reduces the urgency to change quickly.

Distribution companies must deal with churn too. They give this phenomenon the name cord cutting: the extent to which consumers watch media 'over-the-top' and refrain from cable subscriptions. This phenomenon is particularly noticeable in the United States, but it is also beginning to gain foothold in Europe. Because young people tend to turn to over-the-top, churn in the distribution world is starting to hurt. However, the operating margins of cable companies are so enormous that they continue to yield good returns in the short term, and here too this means that there is no need for major change in the short term.

In the VOD markets, churn is obviously the biggest threat. After all, the business model is often based on subscriptions, similar to the model of pay-TV. With the increase in the number of providers, churn is becoming an increasing risk. Acquiring new customers is a costly affair, which is why retaining existing customers is of vital importance. Netflix and Disney seem to be succeeding quite well in retaining customers, but it is questionable whether other providers will also succeed. With some new VOD platforms, the number of new customers is disappointing: the first hairline cracks are already noticeable at providers such as French Salto, German Joyn and Flemish Streamz. The shareholders of the first two companies are already openly doubting whether they should not get out now.

What media companies should do above all is increase the stickyness of their products: captivate customers so much that they do not think about running away. For broadcasters, this is possible through live events, blockbusters, urgent programming, with distribution companies through excellent service and high bandwidths and with VOD providers through exclusive programming, an intuitive and personal viewing experience and sophisticated marketing. The solutions are there: now let’s see who can put this in practice!

The Tipping Point in Media

In the early part of the millennium, Canadian author Malcolm Gladwell wrote an interesting book about the Tipping Point. He argued how major social changes were preceded by small steps, which suddenly gain momentum. An interesting analytical thought that of course also applies to the media world.

Revolutionary changes have occurred many times in media. A good example is the decline of the large networks in the United States: these money-making machines were suddenly surpassed in the 90s by the many small cable channels. This development is beautifully documented in the classic book Three Blind Mice. The cable channels started small, but in this millennium grew beyond the big channels. A true turning point!

Another good example is the development of the advertising market in the recent decade. Television had already surpassed print at the beginning of this century, but in turn was gradually overtaken by digital. Google and Facebook grew fast and quickly caught up with television. The turning point was in the middle of the previous decade when digital overtook linear television. It caused a huge shift in the advertising landscape, where the digital players with their fantastic targeting capabilities became the preferred advertising medium.

The question is what the current situation is regarding consumer viewing behavior. It is clear that young people hardly watch linear television anymore. Many do not have a cable or satellite connection and turn to the internet for all video consumption. Video-on-demand and all sorts of other video snacks, especially on YouTube, are preferred. Instagram and Snapchat are in the spotlight. In addition, many 'elderly' people also see the benefits of VOD. Delayed viewing takes off, but with a little good will, it can still be classified as linear television. However, SVOD and AVOD are also increasingly preferred by this target group. Worldwide, the number of SVOD subscriptions will grow from 1.2 billion to 1.6 billion in the next 3 years. Linear television is also going well: the public broadcasters achieved good viewing results in the COVID disaster year 2020, and commercial broadcasters have one of their best years in 2021.

However, as mentioned above, it is undeniable that on demand is the future. 25% of viewing behaviour in the Netherlands is on demand according to the latest analyses by SKO. Linear television will lose importance over time. It is not for nothing that the RTL group came up with a new meaning for TV a number of years ago: RTL no longer sees TV as Television, but as Total Video. Interesting point remains when the Tipping Point will take place: when will video on demand become more important than linear television? Step by step VOD is gaining ground and it is only a question of time when it will overtake linear television. Many at the broadcasters think that this is still at some distance in the future. But for them the message could be tough: the Tipping Pont is already behind us!